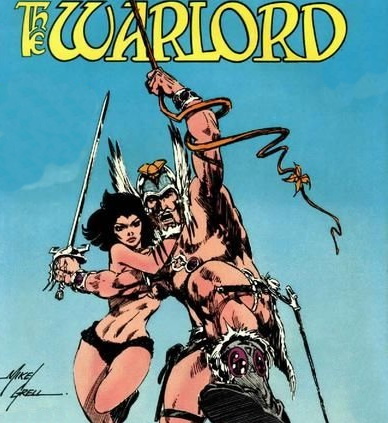 Greetings from the Odinson,

Recently, I mentioned in passing to a colleague that Mike Grell’s Warlord would make a great TV series, especially with the modern era of high quality television and streaming services. My co-worker responded that he did not know the material well enough to have an opinion.

In my enthusiasm, I tried to describe it as Burroughs’ on steroids, a mash up of sword and sorcery, science fiction, swashbuckling adventure and, just for good measure, dinosaurs! It would be a visual goldmine. Plus, Travis Morgan, the protagonist, is a normal man, kind of like Flash Gordon on Mongo.

Unfortunately, he was not impressed. Maybe I did not do a good job of explaining the material, so I’m going to try to rectify that here.

Why Mike Grell’s Warlord Would Make a Fantastic TV Series