I cannot describe 2019 as anything other than a challenging year. There have been a few ups and a good number of downs. But at this time of year, I want to look back at things I liked, so here we go. Now it was a year in TV that was either stuff that started last year, or non-genre TV that doesn’t qualify here, so it was difficult to find 5 new TV shows that deserved to be commented on, but I managed to find the 5. 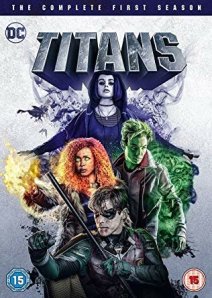 This was a show that I was able to catch on Netflix, after it launched on DC’s streaming app. It starred a mostly unknown cast and had a tone that was at odds with every iteration of the Teen Titans that  I can remember and its initial online publicity was less than encouraging. So I gave it a go and wrote about it here.

This was a sadly single season of a well-made show that also debuted on DC’s streaming service, yet got to me through Amazon Prime. This was a bit of a horror/fantasy take on a DC comics series. The show had a strong cast and also the guy from the Sharknado films. Storylines and tones were ripped from Alan Moore stories in the 1980s. One of the episode titles is “The Anatomy Lesson” and it’s loyal to the spirit of Saga of the Swamp Thing, without actually following it too closely. It did only have the one season, but when you look at it, you can be seen as Firefly was, with only one season, it is ideal just as it is. It’s not the easiest of sits, but it was well worth sticking with. 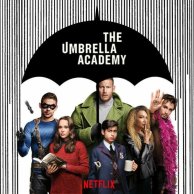 This one sort of took me by surprise. I had heard the name Umbrella Academy before, but it wasn’t a comic series that I had read, so I had to take the series on its own merits and not how it was adapted. So as a series in and of itself? It was very good, a very strong cast and a solid story. Several babies are born under supernatural circumstances, a wealthy eccentric adopts them to create his own superhero team/family and we see how badly that went years later after he dies. We then have ghosts, time travel and a hidden threat that is set to cause the apocalypse. This is a bonkers show and leans into it, whilst keeping you interested in its plot. I don’t know who this was aimed at, but it definitely got me at the right time. Apparentley a second season is on its way. 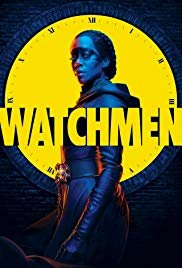 I love the original comic Watchmen. I have read the series annually for over 25 years. My most recent copy has been signed by the artist Dave Gibbons and its place as one of the greatest comics of all time is not without merit. So as a result, I have been hesitant to approve of any sequels and continuations, since it works as a 12 issue story and should be left as such. DC can’t do that though, can they? So we got Before Watchmen stories a few years ago. I stayed away. Then the disaster that was the New 52 gave way to Rebirth and then we got the first hint that Watchmen was going to be connected to this new era of DC Comics. I’ll write about that in comics, but that mining of previous successes led to the Watchmen comic getting a TV series sequel. It was from the comics not from the film, so used the comic’s original ending. We get to see the world 34 years after those events, but we didn’t see that at first, we got a look at Tulsa, Oklahoma. We saw a police force made up of mystery men detectives and masked uniformed officers. We met Angela ‘Sister Night’ Abar as she investigated the death of her boss and how that was connected to the Minute Men of the 1940s and Ozymandius and his plot. The stories seemed meandering at times and it was quite aggravating to new viewers who didn’t have the conext of the Watchmen stories, but as with the comic, if you stuck with it, it was a gripping show that kept you interested, even though you knew that it wasn’t going to end well.

War of the Worlds 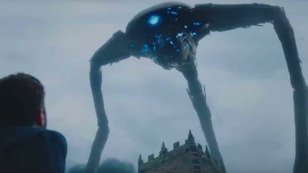 This is a bit of a cheat considering that I haven’t finished watching it, but this is a modern made period-specific retelling of H.G. Wells’ Victorian novel. It is well shot, had a great cast and sells the horror and confusion that comes from that. It is a TV show that I have been looking foward to for a while and I will be watching the rest of it before too long.

There’s also been a lot of box sets and continuing series and I have started the new year laughing and enjoying the TV that I watch.