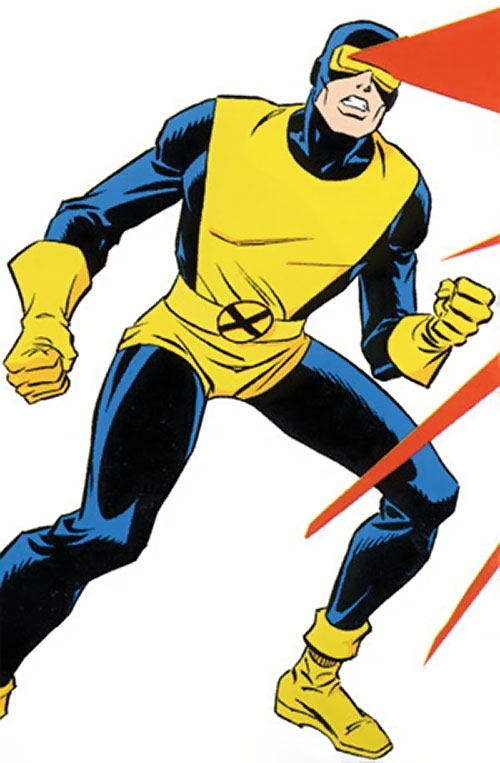 All of my heroes have been fictional. Religion has no value for me, institutions are often more corrupt and people in the real world will always let you down. For me the ideals and insights in fiction have offered me ideas, rather than things to believe in. Knowing that they are fiction was in reality comforting, you take your meaning as you want to. A book can’t let you down, a comic or a tv program can’t cause you to be disillusioned. I believe in the people around me and on the good days, myself, haven’t really needed anything more than that. Being able to be moved by music and identify with characters on the screen and page has been enough, beyond my loved ones that is.

As I have spent the last four or so years trying to understand the bats**t crazy elements of my personality, I have been looking at why I identify with certain characters, what that means about me and well hence this article. Now by this I mean specific characters, relating to specific personality traits/issues, so I don’t need to mention always identifying with the outsider/inhuman character. My status as a bit of a misfit is not really much of a mystery, nor in geekdom that unique a thing. But I found this thought interesting, so wanted to explore it.

Appearing in Marvel comics, including Guardians of the Galaxy, Vance Astro was an astronaut who sacrificed his entire life to visit another star system and further the human adventure by travelling to Alpha Centauri in a thousand year one way trip. Only to find out that 800 years before he arrived, Harkovian physics rendered his entire trip obsolete and humanity was already waiting for him. The image he had of himself and the purpose that he lived for were pointless. His entire life seemingly a waste. So he did, what any person would need to do, he started again. He found a purpose in freeing the worlds of the Sol system from the Badoon. It wasn’t quick, easy or all at once, but he began to live again. I find that aspirational, the idea of starting again and changing who you are to yourself and becoming something greater than who you were before. If it can be imagined, then it can be done, if it can be done, maybe I can do it? 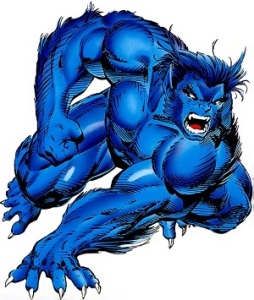 Here one character meets two different thoughts. Dr Henry McCoy first appeared in X-Men 1 and was one of the original class of students of Charles Xavier. He is also the person who has made some fantastic blunders over the years. He quit the X-Men to become a professional wrestler, we were all young once, has been the victim of femme fatales so many times and in order to deal with some corporate espionage, actually mutated himself into some kind of were ape creature. Yeah, that wasn’t do to him, he did that to himself. When anti-mutant bigotry cost him a job opportunity, did he sue? No he stripped down to his undies and jumped out of the window like an azure gorilla. He then tried to be somewhat smarter for a long time and then because of an off-hand comment by his friend, decided to steal a time machine and bring his younger self and his classmates into their future/his present to PREVENT disaster. Yup that’s right, for what seemed to be laudable reasons, he tore open time and stole 5 people from the past, including himself to prove a point to one of his oldest friends. Now, who here can’t relate to making a few stupid decisions? He’s also good at deflecting, the affected intellectualism, where he’d use many long words, play up how smart he is, to keep people at arms length, or his constant light-hearted jokey replies to everyone, to make sure they don’t keep things too real. Even during his time on the Avengers and his ladies man antics are just more deflection from his problems. I also do that, preventing people from seeing who I really am. 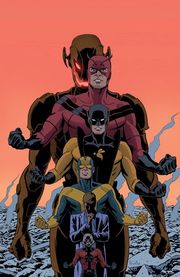 I have, for as long as I can remember, suffered from low self esteem. I don’t think I would as far as calling it an inferiority complex, but I know full well that feeling of being less than. I did a long piece called In Defense of Hank Pym, here so will be brief about the specifics, but no matter how smart he was, or how hard he worked, in the original team of Avengers, he was the little guy. Think about it, the god of thunder, the human tank, the flying woman and a guy who’s power is to be small. Who’d want to be that one? There’s a reason that he was left out of the Avengers movie. 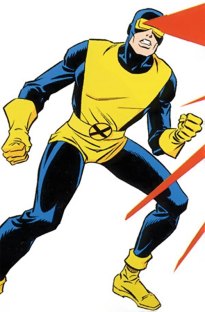 Probably the first comic character I identified with, Cyclops was introverted, quiet and kept his feelings very much to himself. He was in love with a girl, but could never tell her how he felt. He was also skinny (as was I when younger) and wore glasses. As I got older and new writers took over, Cyclops was seen as more of a repressed character, who not only kept his feelings from other people, but also from himself. He closed himself off from the world and whenever he didn’t, it didn’t go well for him. A man who never really learned how to ‘people’, this is a feeling that I can understand completely and I was never brainwashed into a cult. Fortunately his being at times a shockingly bad human being and making at best questionable life choices keeps me from identifying too much.

Ben Grimm is my spirit animal. In fact recently I considered him as part of my left arm cover tattoo. Like Vance Astro, my identification with him is aspirational. In mind’s eye, he is the battle with depression. Happy for a lot of his life, despite a harsh upbringing, Ben became the Thing, not through fault of his own, but as part of an accident partially caused by his best friend. None of this is his fault, but he bears the burden for it nonetheless. He still has his own voice, his own wants and needs, but is almost perpetually cut off from the world. He can’t feel things like he used to, feels at times like a monster and there is always this tinge of bitterness and melancholy. And yet, he battles for others, has the biggest of hearts and a stubborn refusal to surrender to either his own problems, or any opposing force.

5 ways to explain some of the s**t in my head, there you go, till next time internet people.

3 thoughts on “5 Comic characters I identify with”