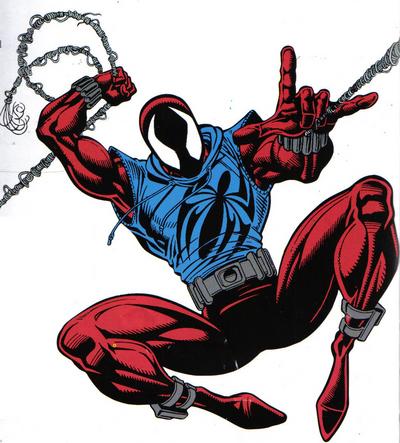 Just wanted to put something down about another blog I do 90’s Comics Forever.

Just put something up there for the geekier amongst us. 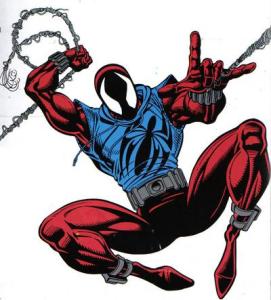 I’m in work (on a break, clearly) and the day is not going well. Under normal circumstances, this would leave me down, or frustrated. Not today, today I am soaring in spirit.

I finished work last week on the Wednesday afternoon. This is the busiest time of the year for me, but I took two days off to spend with my son.

So on the Thursday, had time with my son, got a haircut with him, got some lunch, bought some comics and had some Dad n’Lad time. Then I took him to Spring City. As any who have followed my blog, or know me through another way, know that I have been on a physical well-being kick since new year. One aspect of which is weight-loss and when my son was last at Spring City (which is a trampoline based activity centre) I was over a stone heavier than the maximum to use the trampolines. Thursday, I was two stone under it. So me and the boy went bouncing. It should be illegal how fun that was. Bouncing, tumbling, dodgeball and it was the best hour of that week. After this, I went to gym and enjoyed a somewhat punishing session. On Friday, I spent the day in with my exhausted boy, but not before getting some food in so I could do tea that night. We had fun and I managed to organise my comics, trade and hardbacks, so that I can turn the spare room into somewhere we don’t call the ‘dangerous room’. Seriously for three years that’s what we’ve called it. I even cooked that night, spicy reggae chicken with rice salad, which although had too much lemon juice, was a lot better than my last attempt. That was a good end to the week, but it was not over yet.

Went to slimming world (see https://misfitmunky.wordpress.com/2017/04/22/slimming-world-saturday-15-phoenix-rising/) and then went swimming. Been going to meetings and weigh-ins over a swimming pool for 3 1/2 months and only now gone swimming afterwards, bonkers. After some gentle prodding from the MIGHTY Rosie, pushed myself in swimming and swam more than I have in  a couple of years and for just one brief second, I got swimming, I understood why people did it so much. Then it was gone, but I want to do it again, swim more, swim further. We’ll be back again at the weekend though. Sunday, was another good day. Well eventually. My son woke me at 4:50am and for reasons I’ll skate over, I couldn’t just go back to sleep, so I started watching Marvel’s Agents of S.H.I.E.L.D series 4 and 6 episodes in, it’s better than it was last year, I’ll give it that. Then I went to gym, just me and my trainer Ali and when he took a break for a second, with no one else in the gym, I pulled myself up on a bar. Then I did it again. Then moving my arms, I did a more traditional chin up/pull up. Now I am not a physical guy and I have never done stuff like that. But I was seen by Ali and I then did it for him. I did 33 pull ups, getting my chin over the bar. 33! That beats my personal best by…… 33.  I couldn’t believe I did it. I also did jogging for the first time in a year and 50 raised push ups.

That was the point I realised something. My breakdown took so much from me, it has damaged my relationships, it has hampered my work life, it took my trust in myself and my self image. It also took my sense of “Fuck it, why not?” Where I’d try new things, push myself a bit more and yesterday, I felt like I got it back. I’m paying for it now like, in agony today and can barely move my arms, but there it is. Whenever I was asked what I wanted in this recovery, my answer was ‘a better me’ and now I felt like that was there, just for a bit it was there. I want more.

There’s an exercise called the salmon ladder, where you do pull ups and travel up a frame with a bar, doing jumps. There’s also in the gym I use, a ladder like frame for the same thing. I think I had some goals to set here.

I often say that we are more than we feel we are, I can say that today, quite honestly speaking from my own experience. 3 Months ago, none of what happened would have happened I am already becoming a better version of me.

I’m not done yet.

That’s why I can smile today.

Woke up not great, got ready, did some dad stuff and then was about to go to work. Then I realised that I didn’t want to, really didn’t want to.

Then I remembered something I used to think when I felt like this, I don’t have to want to go to work, I just have to go. It’s a shitty time at work early to mid April. Tax year ends and the new one starts and my job gets a whole lot more complicated. Add to that some less than fantastic clients and tonnes of technical difficulties and that’s not really helping. The fact is, I know that I don’t need to be down, but I am. That’s how low moods work isn’t it? No reason, but it’s there nonetheless. In the past I would’ve carried this with me for a few days, or let it beat me up by making it somehow my own fault. (I’m good at that.) But that’s not the case, this time what I am going to do is acknowledge this feeling, then move beyond it.

So it’s time to once again find my 5:

5 Reasons to be cheerful

1: Got a my marvel life post done, am at 1985 now. Not a big thing, but after this morning an attempt at completing something was needed.

2: On Sunday, was out with my mate Josh and we were in a shop where some kid with an america accent was throwing the mother and father of all tantrums, (the kid was like 11 or something) over a X-Box360 game. This went on whilst I was in a queue and a long time after. I even said “tonight, I’m going to give me son a big hug” because as he is sometimes less than his better self, he hasn’t pulled that shit with me in public.

3: My wife (The MIGHTY Rosie) had a good weight loss last week and we are both on track for more, we even started a 5 day plank challenge. The plank is when you start a push up, then stop and hold still for a long as you can, effectively holding up your own body weight.

4: After a half hour client meeting, I was seeing the client out and she asked if I had lost weight and told me that I looked fantastic. Yeah, those words. How do you even respond to that? I said thankyou, but kinda made my lunchtime to be honest.

5: I have only 4 days in work this week, then a four day weekend, then two more days and then another 4 day weekend. As stressful as work is going to be this week, have some downtime coming.

This 5 will pick my afternoon up. Just writing this down has done something.

Just remember, you have survived all of your bad days so far, if this is one of them, you’ll survive this too. We are stronger than we feel we are and we’re never as alone as we fear.

It’s been a bit of a roller coaster with Tuesday, Wednesday and Thursday all having moments with awkward and yet necessary conversations. I won’t lie, was unpleasant. But things that needed to be said by my trainer, my therapist and the MIGHTY Rosie, who I realise I don’t always communicate with enough.

I had a gym assessment last night, finding out that I have lost an inch off my chest, waist, belly, arms and legs. I even had a body fat test (again, unpleasant) but now I can see I have 6% of my body fat, putting me in a still too much, but still much healthier category. My son was in a school play yesterday, which I enjoyed, he was so frightened of being on stage, but you know he belongs there. Work is not so bad at the moment, mostly because one of my co-workers (I refer to her as Giselle for a reason of making the MIGHTY Rosie giggle) has been treating me more like I’m in the trenches rather than an opponent and that has made the atmosphere a little better, or maybe I’m reacting to her better and there’s less tension, or maybe a mix of the two. It doesn’t matter, what does is that it’s the weekend and positives are preparing to be found.

Before I go (I know, blissfully short this one) I have to say that if there is someone in your life, who loves you, respect that, tell them often and show them often that you love them too. There is no truth that goes without saying, no positive that needs to be kept to yourself. The words we don’t say hurt so much more than the ones we do. Those who love us deserve to know our thoughts.

To the MIGHTY Rosie, I love you, you remain my north star and the way home.