Sometimes I feel like I am always in a state of struggle. I struggle with weight, stress at work, with depression, with parenthood and the attempt to be a better husband and it feels like I’m getting nowhere with any of these things.

This week has been a perfect storm of stress and crap on my and mine it’s been hard to keep my head above water some days.

But when you get a win, that can change everything. Last night at my gym assessment, I found some stuff out. These things include that my hip is ticklish, but more importantly that I have gained weight, but in muscle, not all in fat, I’ve put two inches on my arms and one on my chest, I have actual triceps now and have lost an inch on my thighs. Also for the first time in a long time, my belly is the same size as below my chest. All the time at the gym with a new trainer has started to make a difference. Just that little thing has changed how I am feeling about stuff and I have looked at the things that I struggle with, in a new light.

I struggle with work, lots of people struggle getting some, so at least I have one. I struggle with depression, meaning I am fighting it, not succumbing to it. I struggle with parenthood, because I am invested in it and my son wrote a shopping list right in front of me, only needing help with spelling. He’s just turned 5. I struggle with being a better husband, because my wife if f@@@ing awesome and it’s hard to keep up with that. I am a lucky man and I don’t feel bad about admitting that.

There’s stuff I feel bad about, but there’s stuff I should be happy about and often, I forget to just take a moment and feel that happy.

In the geek element I just want to take a moment to point out some positive geek-stuff that I feel I have taken for granted.

While I have less time to listen to them, I have really been enjoying the shows I am subscribed to among them being 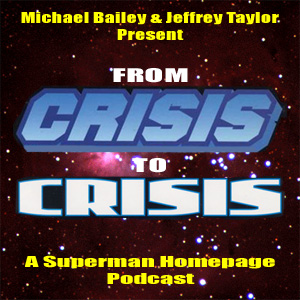 And more to come I’m sure.

TV is an embarassment of riches right now with at least 4 or 5 comic related TV series on, weekly including 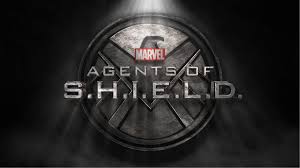 And that’s just the comic related stuff, I have also been enjoying on demand TV and binge watching again. 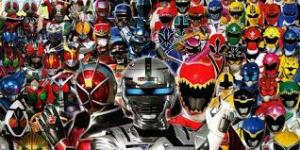 Have several DVDs coming in the post in the genre of one of my guilty pleasures, the blatantly ridiculous Totusatsu, which translates as ‘special effects’ this is the bonkers stuff that was translated to several Power Rangers, but trust me, that’s sane as can be compared to this stuff. It’s fun and silly and everything comics used to be.

I can’t read DC anymore, it’s neither as good, as iconic, or as fun as it once was, with the odd exception here and there, but Marvel’s recent restart has been a bit of a breath of fresh air and it’s nice to have a reason to enjoy comics again.

I could fill several pages about this, but it would only matter to me and I like to think, those that need to know I love them, know that already, if not, will tell them again tonight.

The Point: Because we all had doubts there.

The thing is, none of this is new information, just my own disorganised thoughts. But the point is, the world is fun of downbeat stuff and we need to remember that the positive exists as the negative does.

There’s always something to look forward to, whether it’s a new movie, a weekend away or an extra five minutes in bed. There are several reasons to stay down and let the world win, you only need one to get up.