Last week for the first time in a while, I found myself in a comic shop, the shop (Worlds Apart for the non- existent interested) and actually buying new comics. Now got get me wrong, I still buy comics from time to time, mostly online and never on the day, or even the week they are sold, but by and large I was kinda of the opinion that my time reading and above all ENJOYING new comics from either of the big two companies had come to something of an end.

So I found myself in there on tuesday, my son was off sick and had to stay off an extra day to be sure, so we went out, trip to the comic shop for me and a trip to the park for him. In the comic shop, this caught my eye. 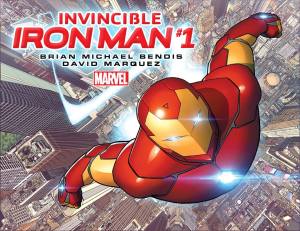 Invincible Iron Man #1. I looked at the internal art and I thought, yeah, I’ll buy that.

I also saw Guardians of the Galaxy #1 and Avengers #0 and picked them up too. I put them in my bag and took my lad to the playground for an hour or two and a good time was had by all with the comics not coming to mind at all. That next day, I read them and I really enjoyed them. Are they still over-priced? Yes, but when they got to $2.99 US price  I thought that, but they were enjoyable. Iron Man was very much about a guy at the mercy of his flaws, trying to do his best again. Guardians of the Galaxy was all space opera with added sarcasm and replacing Star Lord with Kitty Pride and adding in the Thing was a great touch. Even the piecemeal Avengers promo was fun and left me with the desire to read more of the new Avengers related series.

Thursday, I went back.

After my life long love/obsession/addiction related to the X-Men, the recent anti-X-Men view of Marvel has put me off the whole Inhumans thing, despite my enjoying many Inhumans characters and stories in the past, but after recently reading some TPBs of the series Inhuman, I gave Uncanny Inhumans and Karnak a try, finding their #1s on the shelves as well as Invincible Iron Man #2 and Uncanny Avengers #1 and New Avengers #1 on the shelves. 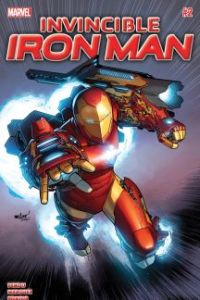 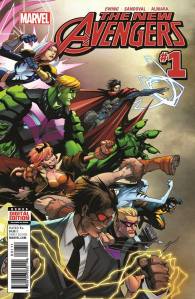 These are lots of fun, yes there’s the usual every doesn’t get along and the over reliance on the ongoing subplots and recent continuity, but for me this seems a better relaunching (not a reboot, Marvel don’t do ReBoots) than Marvel NOW. The stories were enjoyable and engaging. Uncanny Avengers expanded on Vol 1’s ideas, New Avengers has a great premise, Uncanny Inhumans has an X-Men-ish vibe, but has it’s own flavour which I am enjoying and Warren Ellis’ Karnak is full of the dark sardonic edge you expect from Ellis.

The reason I am writing this post is that, the back page of each comic had the heading “Do you want to know what happens  next?” and for the first time in years Marvel, yes I do. I think I’ll be heading back to the comic shop before long.